Zooming in to Focus on Jesus! 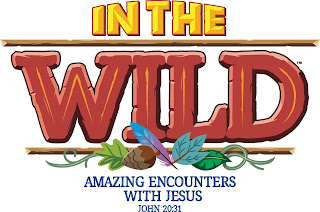 Hard to believe the summer is winding down so quickly! Here it is the end of July, school will be starting back up in just a few weeks, and before you know it, we’ll be seeing the leaves change colors and feeling the cool morning air of autumn.

But before we get too far ahead of ourselves, one big event remains at First Baptist Church: VBS!

Our Vacation Bible School starts next Monday, July 29, and we’d love to invite all children from age 4 – 6th grade to come and join us! It’s from 6:00-8:00 each evening, Monday through Thursday, and we’ll have VBS Family Day on Sunday, Aug. 4, at 10:45 am, followed by a good old-fashioned potluck dinner.

This year’s theme verse is John 20:31, “But these are written so that you may believe that Jesus is the Messiah, the Son of God, and that by believing you may have life in his name.”

We’ll zoom in to the Scriptures to focus on four accounts which show Jesus to be the Son of God. Maybe I say this every year, but I think it’s important for you to know right up front that our desire is that as we help your children see Jesus more clearly, we pray that God will open their hearts to believe in Him as Savior and Lord.

And we want that for you, too. Listen, there’s nothing more important than knowing Jesus. It’s literally a matter of life and death – eternal life and eternal death.

“For God did not send his Son into the world to condemn the world, but in order that the world might be saved through him. Whoever believes in him is not condemned, but whoever does not believe is condemned already, because he has not believed in the name of the only Son of God” (John 3:17-18).

“Whoever believes in the Son has eternal life; whoever does not obey the Son shall not see life, but the wrath of God remains on him” (John 3:36).

The choice could not be more clear. Do you believe in Jesus the Son of God who came to save you from sin by dying in your place on the cross, taking the full weight of God’s wrath upon himself so that we could be forgiven, cleansed, and made new?

Do you believe in Jesus who rose from the dead on the third day, showed himself alive to his followers, then ascended back into heaven where he sits at the Father’s right hand?

Do you believe in Jesus who promises that he will one day return and take his church to be with him forever in the Father’s house?

Jesus declared, “I am the way, and the truth, and the life. No one comes to the Father except through me” (John 14:6).

Friend, my pray for you, your children, and your grandchildren, is that God will give you faith to believe; that you will turn from your sins, find forgiveness and freedom in Christ, and follow Him as Savior and Master and King. For by believing you will have life in his name. 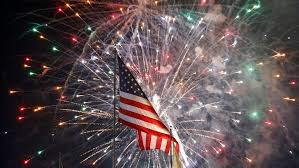 And while I appreciate President Trump’s desire to make America great again, let me offer the biblical prescription for making America or any nation great: “Godliness makes a nation great, but sin is a disgrace to any people” (Proverbs 14:34 NLT).

Godliness makes a nation great. Not its cultural diversity, not its GNP, not its arts and entertainment districts, not its technology, not its healthcare, not its athletic successes, not its military might, not its political structure, but its godliness.

Godliness exalts a nation because godly behavior leads to such things as the working out of justice among its citizens, mercy and compassion for the weak, respect for God-ordained authority, love for one’s neighbor, honesty and integrity in the workplace and the marketplace, attitudes of humility and acts of kindness toward each other, and reverence for the commands of God which always lead to the well-being of any community or nation.

Godliness makes a nation great, because godly people seek to build others up and never tear them down. Godly people stay faithful to their marriage vows and avoid the snares of sexual immorality. Godly people raise their children in the discipline and instruction of Lord. Godly people manage their finances well and don’t gamble their homes away. Godly people control their appetites and aren’t addicted to harmful desires such as drugs and alcohol.

Godliness makes a nation great, because godly people (who are able) work diligently and refuse to take advantage of the system. Godly people learn contentment and keep themselves from the love of money. Godly people make wise decisions in the home, in business, in community affairs, in the courts, in the schools, and in every facet of life, while rejecting the foolishness of corrupt courses of action.

Living in a nation full of such people sounds great, doesn't it?

Sin, on the other hand, is a disgrace to any people. It is a disgrace to accept and applaud the things that God abhors. The Bible is not unclear as to what is godly and what is ungodly. Where women shout their abortions, where the LGBT crowd march proudly through city streets, where pornography and alcohol flow freely, and where lying lips, injustice, arrogance, and greed often appear virtuous, national disgrace follows like the stench of a sewer plant.

Where violence seems to be an answer, where strife and discord are sown in plenty, where tempers flare quickly, where truth is traded for lies, where words fly unfiltered, and where fools flaunt their folly, the people bear disgrace and destruction for their sin.

This is why we need the gospel, because apart from the saving and transforming work of Jesus Christ in our lives, none of us can live a godly life. We’ve all sinned, fallen short of the glory of God, and deserve His wrath. But in the power of His Holy Spirit dwelling in the hearts of believers, we can faithfully walk the path of godliness.

In Jesus and according to the light of His Word, we can become a great nation. Let’s celebrate this 4th of July with gratitude for God’s grace, pleas for His mercy, and a commitment in Christ that we will be godly people for His glory and for the national good.

Posted by Rob Gallion at 3:16 PM No comments: