Is Unity Possible? There's One Hope 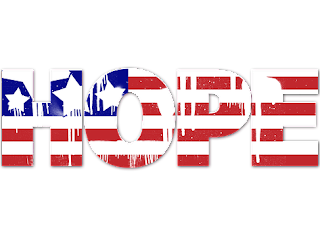 We are the divided states of America. The media, of course, has long-since called the election for Joe Biden while President Trump has taken the count to the courts. Democrats are cheering, some Republicans are conceding, and a few holdouts are still hoping for a hail Mary.

Biden is claiming victory and calling for unity. How nice that would be! You know, just like the Democrats rallied around President Trump after his win in 2016 and like the Republicans joined hands with President Obama during his two terms. If only!

In order to achieve unity, somebody has to give up the fight. But we’re far too divided for that to happen. Fundamentally, philosophically, we are at odds on too many issues.

We can’t even agree on how to process ballots or battle this virus.

I know this sounds pretty pessimistic. But I’ll be honest: I don’t have much hope for America uniting together as one nation unless we truly humble ourselves under God. Unless we repent from our wicked ways and seek His face, there will be no healing in our land.

We need to confess our sins and repent! Nationally and individually, we need to beg the Almighty for forgiveness. We need to come to our senses, return to the Lord, and pray that by God’s mercy He will take us back.

I know that it’s possible! Our Father stands watching and waiting for His prodigals to come home. He has an incredible track record of showing compassion and steadfast love to those who trust and obey His Word. He has sent His Son Jesus to bring salvation to all who call upon His name, and in Him to unite all things in heaven and on earth.

So no matter who’s in the White House, let us turn from sin and pursue righteousness and justice and peace and mercy and humility and honesty and kindness and patience and goodness and respect and love for one another before we devour each other and this divided house falls.

O God, send your Holy Spirit to invade hearts and lives across this land with the saving and transforming power of the gospel of Jesus Christ, for the good of this nation and for your glory. Amen.

Posted by Rob Gallion at 2:05 PM No comments: