Refreshing Perspective on Your Vote

This has been a crazy election season, and I'm sure it will only get crazier in the next few days - and for however long it may take to sort out the votes after they've been cast!

Many people get so heated when it comes to politics and their candidate of choice. Even normally mild-mannered Christians transform into partisan maniacs when conversation turns political, on both sides of the aisle. To be sure, this year's election is, as every election is, a crucial turning point in the course of a nation's history, and the responsibility we each have to seek the heart and will of God first and foremost in arriving at our decisions is imperative. Nevertheless, will your faith tumble if your party doesn't win? Will your trust in Christ be bolstered by your party's victory?

I realize there is much at stake for our country next Tuesday, but I believe this refreshing article by John Piper will help you keep a proper biblical perspective. Please read: "Let Christians Vote as Though They Were Not Voting."

Add a comment and let me know what you think.
Posted by Rob Gallion at 8:00 AM No comments:

I have one thing on my mind this morning – one passion, one purpose, one prayer: that the name of God would be exalted and glorified as His kingdom comes and His will is done. That’s not too much to ask, is it?

There are three ways in which I have a pressing desire to see His glory magnified. In no certain order, one is in regards to the leadership and direction of this country. Unless you’ve been hiding out in a cave somewhere for the past two years, you are well aware of the fact that next Tuesday, Nov. 4, is Election Day. I’d be willing to bet you’re also about as ready for all of the campaigning and political ads and mudslinging to just go away.

I want to ask you this: are you seeking the Father’s will in regard to who you will vote for next week? Do you want God to be glorified in your choice for President? For Congress? For court benches? Do you want leaders who will follow the paths of righteousness and justice according to the Word of God? “Righteousness exalts a nation, but sin is a disgrace to any people” (Proverbs 14:34). God is glorified when men delight in seeking His face and following His ways.

Let me urge you to do your homework before stepping into the voting booth. Please do not merely punch the party ticket you’ve always punched. Know where each candidate stands and what each stands for. And by the way, although either John McCain or Barack Obama will certainly win the presidential election, there are other candidates on the ballot that you might want to check out if you don’t care for either of these.

In any case, the Bible does command us to pray for our leaders. “First of all, then, I urge that entreaties and prayers, petitions and thanksgivings, be made on behalf of all men, for kings and all who are in authority, so that we may lead a tranquil and quiet life in all godliness and dignity. This is good and acceptable in the sight of God our Savior, who desires all men to be saved and to come to the knowledge of the truth” (1 Timothy 2:1-4).

The second way in which I want to see God’s glory displayed is in the keeping of the covenant of marriage. I know I’ve been on this horse for a long time, but I’m staying on as long as I continue to see marriages crumble and as long as the fight to redefine marriage in this country rages on.

To any who question God’s design for marriage, I defer to Jesus’ answer to the Pharisees: “Have you not read that He who created them from the beginning made them male and female, and said, ‘For this reason a man shall leave his father and mother and be joined to his wife, and the two shall become one flesh’? So they are no longer two, but one flesh. What therefore God has joined together, let no man separate” (Matthew 19:4-6). God is glorified as His will, His design, His purpose for marriage is held in honor by all.

With that said, let me invite you to a “Marriage Check-up Seminar” on Saturday, Nov. 8, from 9 a.m. – 4 p.m. It will be held at the Saline Baptist Association Center, 3890 Highway 145 South, about five miles south of Harrisburg. Grant and Jennifer Medford of Springfield, IL, will lead the seminar. Grant is the Director of Student and Family Ministries with the Illinois Baptist State Association. There is no cost to you for this event, and a noon lunch will also be provided. I’ll say that again in case you didn’t hear it: This is a FREE seminar that will help your marriage! My wife and I are planning to go, and I would encourage any couple who wants to come to pre-register now by calling 618-252-1440.

Okay, third and final thing for now. I want to see the name of our Lord hallowed among our young people. I know things aren’t like they used to be even %& years ago when I was in school. The things that compete for the attention and affections of our youth today are relentless and reckless. Students are bombarded with more ungodliness and temptations to sin in more accessible and culturally acceptable ways than ever before.

I’m praying and asking you to pray fervently for God’s glory to shine through the lives of our youth as His kingdom comes and His will is done in them and through them. What a spiritual awakening would we see in this county and beyond if the light of Christ Jesus begins to burn brightly in the hearts and lives of our students! Come, Holy Spirit, come!

Posted by Rob Gallion at 7:00 AM No comments: 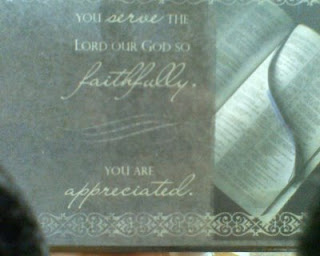 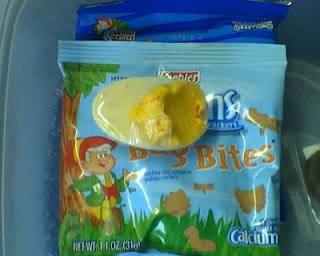 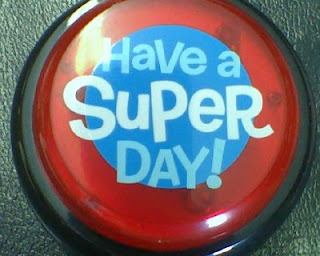 October is quickly coming to an end. I'm sad to see it go.
I've always loved the month of October. For one thing, my birthday falls during this month, though now that my youngest son's birthday is only two days apart from mine, guess who's gets lost in the shuffle? I'm okay with that.
The changing of the colors makes this a beautiful time of the year. I enjoy the crisp coolness in the air. Take a drive around southern Illinois in the fall and you can't miss the beauty of God's creation nor the wisdom of the seasons.
Football's in full gear. The World Series is in swing. Basketball's getting warmed up to take the court. Monopoly's playing at McDonald's. It's the most wonderful time of the year!
But I have had an added reason to love October since I've become a pastor: Pastor Appreciation Month. I don't know what other churches do for their pastors, but I wouldn't trade what Ridgway does for me for anything. Daily when I come into the church office in the morning, someone has left a surprise gift. Yes, I said daily. Here's a short list of some treats left by an unknown giver(s):

Pretty amazing stuff. God has blessed me through this church beyond abundant. How can I say thanks? It's the kind of stuff grace is made of. You know I'm loving it!

It's Still My Father's World 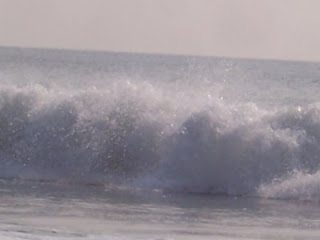 This is my Father’s world. “Do you not know? Have you not heard? Has it not been declared to you from the beginning? Have you not understood from the foundations of the earth? It is He who sits above the circle of the earth, and its inhabitants are like grasshoppers, Who stretches out the heavens like a curtain and spreads them out like a tent to dwell in” (Isa. 40:21-22).

This is my Father’s world. “To whom then will you liken Me that I would be his equal?” says the Holy One. Life up your eyes on high and see who created these stars, the One who leads forth their host by number, He calls them all by name; because of the greatness of His might and the strength of His power, not one of them is missing” (Isa. 40:25-26).
This is my Father’s world. “Where were you when I laid the foundation of the earth?…Who set its measurements?…Or who stretched the line on it? On what were its bases sunk? Or who laid its cornerstone, when the morning stars sang together and all the sons of God shouted for joy? Or who enclosed the sea with doors when, bursting forth, it went out from the womb; when I made a cloud its garment and thick darkness its swaddling band, and I placed boundaries on it and set a bolt and doors, and I said, ‘Thus far you shall come, but no farther; and here shall your proud waves stop’?” (Job 38:4-11).

This is my Father’s world. “Have you ever in your life commanded the morning, and caused the dawn to know its place, that it might take hold of the ends of the earth, and the wicked be shaken out of it?…Have you entered into the springs of the sea or walked in the recesses of the deep? Have the gates of death been revealed to you, or have you seen the gates of the deep darkness? Have you understood the expanse of the earth?” (Job 38:12-13, 16-18).

This is my Father’s world. “He sends forth springs in the valleys; they flow between the mountains; they give drink to every beast of the field; the wild donkeys quench their thirst. Beside them the birds of the heavens dwell; they lift up their voices among the branches. He waters the mountains from His upper chambers; the earth is satisfied with the fruit of His works” (Ps. 104:10-13).

This is my Father’s world. “O Lord, how many are Your works! In wisdom You have made them all; the earth is full of Your possessions…They all wait for You to give them their food in due season. You give to them, they gather it up; You open Your hand, they are satisfied with good” (Ps. 104:24, 27-28).

This is my Father’s world. “He [Jesus] is the image of the invisible God, the firstborn of all creation. For by Him all things were created, both in the heavens and on earth, visible and invisible, whether thrones or dominions or rulers or authorities – all things have been created through Him and for Him. He is before all things, and in Him all things hold together” (Col. 1:15-17).

This is my Father’s world. “Worthy are You, our Lord and our God, to receive glory and honor and power; for You created all things, and because of Your will they existed, and were created” (Rev. 4:11).
Posted by Rob Gallion at 6:00 AM No comments: 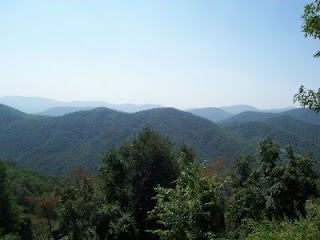 I don't usually walk the six blocks from my house to church on Sunday morning, but I'm glad I did this week.

It was a beautiful, bright autumn morning with the sun beaming forth in all its warmth and glory. The trees were displaying the beauty of the fall colors, and the multitudes of birds in the air joined together in a delightful symphony, filling the morning sky with their Maker's praise.

My lips were compelled by the overflow of my heart's praise at the wonder of the Lord's creation to sing, "This Is My Father's World."

"The heavens are telling the glory of God; and their expanse is declaring the work of His hands" (Ps. 19:1). As you read through - or sing through - the words of this beautiful hymn, let your heart and mind be captivated by the wonders of our Father's creation.